The Tzora Forest is full of surprises, and it is a forest that has a winning combination of points of interest with stunning scenery. An archeological tell, environmental sculptures, playgrounds, picnic areas, marked trails and a big variety of wild plants.

There are two central longitudinal (North to South) touring roads connecting with other smaller trails.

A trip to the of the biblical hero Samson will spice-up our trip. Samson was a monk that did not drink wine, but we will visit that local boutique winery at Kibbutz Tzora.

We will climb high into the forest and Tell Tzora, watch the statues along the road, and relax on the benches prepared by JNF on Mount Tnufa, watching the Judean Plains and Mountains, enjoying the blossoms of the Autumn Mandrake (some folks hate their smell), the Virgin's Bower, that blossoms now with white bells and the scent of Common Narcissus. 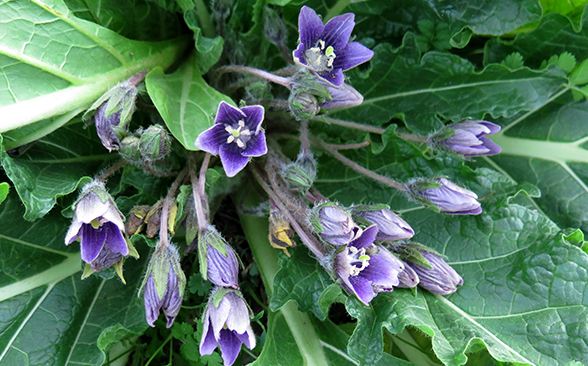 The area is suitable for families, art lovers, all types of vehicles, and cycling. For a walk, a family picnic, a romantic stroll, and for individuals looking to clear their heads.

Although the dimensions of the forest are enormous (1100 acres), don’t be frightened. It has many intimate corners and various points of interest.

You can start the route from the north, at the entrance from the Samson Junction towards Eshtaol, and then left towards the President's Forest and through the Sculptures Road.

Yaakov Garzon and I started the route from Kibbutz Tzora. If you are coming from highway #1, the entrance to the kibbutz is the right turn after passing through Beit Shemesh's industrial area.

Our first stop: The Tzora Winery, which in 2007 received a prestigious award for a special wine usually produced on the banks of the Rhine from frozen grapes (Gwerztraminer).

After gearing up with a bottle of wine for a picnic, we will continue along the main road towards the mountain, and according to the signs, we will ascend towards the observation point at the top of the hill, at an altitude of about 400 meters ASL. The view is impressive, the air is clean and lightly scented with the smell of Common Ballota typical for this area.

The plant's leaves are now replenished and have a delicate scent. (It is permissible to pick a leaf or two, curl them and spoil the car's passengers with natural perfume)

To the "tomb of Samson" the tell and the view-point:

We will continue on the dirt road, en route to a fantastic view towards Tell Ztora. It is believed that this is the location of biblical Tzora. Kibbutz Tzora is located at the foot of the tell. Caves, tombs, cisterns, and ancient winepresses indicate that wine production was an important agricultural activity also in ancient Tzora.

Going up to the top of the tell is possible on foot, or with a 4WD vehicle.
Notice, at the top of the tell, are caves and agricultural elements covered with mosaic stones, as well as a pair of tombs. The tombs are identified as Samson's and his father burial location. (But some believe it’s a shek tomb).

Tip: Check out "Israel by Foot" Elah Valley for another tour following the footsteps of a biblical hero.

The breathtaking views of the old pine trees, the coastal plain, the Judean Plains, and the Judean Mountains, from which Samson was inspired and launched his creative activities against the Philistines.

To the north of the tell is a vantage point that must not be ignored. The Observatory is a balcony built above a stone structure that was probably the home of the Mukhtar of the old Arab village Saara.

During the War of Independence, the building served as the temporary headquarters for the Harel Brigade.

Continue to the Sculptures Road:
The 10 Km long Sculptures Road crosses the forest. The road is well maintained, suitable for every vehicle, and well signposted. It's a fine JNF project. Large chunks of rock have been transformed by artists who carved them into environmental sculptures, Some of the 35 sculptures refer to the history of Samson and Delila, and some to other issues. All of them are thought-provoking.

Follow the sculptures slowly and enjoy the collection of artists' works scattered around the place. Yaakov, a resident of Kibbutz Tzora who accompanied me on the trip, was saying that in December and January, hundreds of Common Narcissus blossomed here and in the fall hundreds of Steven's Meadow-saffron.

We also met quite a few of them who were still flowering - so strange, in the woods ... And not as we are told that the Common Narcissus blossom only in swamps.
Jacob also told me the locals know the secret of the delicious white mushroom that grows near the Common Giant Fennel plant. While other Israelis settle with the more common Suillus granulatus mushroom, whose hallmark is a yellowish color and a sponge embroidery from the bottom of the cap.

(Warning!! never pick mushrooms if you have slight doubts about their identity)

Picnic in the park At the road junction, there is a picnic area. It includes BBQ devices, trash bins, water and toilet facilities, a ball-game court, and natural recreational facilities for children

Spread a mat, relax, and enjoy the picnic with the wine we bought before

We followed the signs to Tarom and Mount Tnufa, where, for some reason, the blossom always starts first.
A short drive led us to a ridge and ruins of an ancient Byzantine settlement. You can spot remains of walls, cisterns, and old pine trees.
A small romantic path with three benches, facing beautiful views to the west and the north. On a clear day, you can see the Mediterranean sea and the city of Modi'in

This whole view is surrounded by bushes wrapped in an abundance of whitish bells, and the blossoming of Virgin's Bower .

A tour of the site revealed abundant blooms of Autumn Mandrake, and a sea of Roman Nettle (Don't move between them without leg cover) Also, a few Cyclamens depends of the rain this year.

Enjoy and don't forget to take your litter with you